CONTRARY BRIN: The war on expertise... How to fight and win...

April 11, 2021
CONTRARY BRIN: The war on expertise... And ways to navigate the m...:   == Again: How to defeat the War on All expertise == The Enlightenment Experiment absolutely depends upon training citizens - especially th...
And the details: 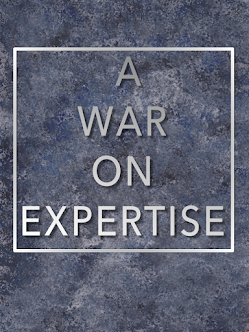 My STANDARD PASTE-IN RE WAGER TERMS: Again, here’s my challenge of bets and wagers that reveal the utter cowardice of the fact-free MAGA rightwing, Limbaugh-dittohead blowhards. "Have your lawyer write to me confirmation that you’ve escrowed $10,000 for wagers on things like ocean acidification or party differences in fiscal responsibility (budget deficits), or rates of moral turpitude in red vs. blue states, or outcomes for capitalism. Or ratios of half-truths and lies versus verifiable assertions on Fox vs. Say CNN.

"Again, if you are so certain of the accusations and denunciations and assertions you howl, after bobble-heading with Limbaugh or Hannity or Pirro then you should WANT a manly wager over those ‘facts!” You should want to bet in order to take MY money!"

Alas, experience tells me that members of the MAGA chant-hypnosis cult have neither the guts not honesty to pay off bets that aren’t secured in advance. Hence, once the stakes are escrowed then -- and only then -- will I deem it worth my time to deal with the squirming and writhing to establish clear wager metrics and to set up a panel of retired senior military officers to adjudicate.

Till I receive that missive from a reputable attorney, the record is clear. I offer manly wagers of actual facts... like the clear fact that Ocean Acidification (OA) is just one of countless metrics proving climate change is a deadly threat to our ecosystem and to our children, but OA is something we can measure *ourselves* and has no squirm allowance since it can only have come from human carbon emissions, including methane vented illegally at the compliance of the Republican Party, thus directly threatening the lives of our descendants. BET ME ON THAT!

Or let’s bet on fiscal responsibility! On which party puts the brakes on wild government deficits vs. stomping the accelerator. Or actual measurable economic outcomes.
http://davidbrin.blogspot.com/2014/06/so-do-outcomes-matter-more-than-rhetoric.html

How about the “deep state”? I’ll bet you have ZERO credible evidence for your insults spewed at the quarter of a million skilled, professional men and women in the intel agencies, FBI and military officer corps who won the Cold War and the War on Terror. Your Limbaugh-parroted yammers assert a vast conspiracy among those heroes – who defeated Hitler, stymied Stalin, thwarted Mao and got bin Laden! But suddenly they are a dark conspiracy because they say your cult is laying down for a slightly relabeled KGB and Vlad “I loved the USSR!” Putin. BET on whether those insults (of folks who are vastly better Americans than you are) can be supported at all… even… slightly… by actual fact.

Wanna go all QAnon on us? Let’s wager over which party has a higher rate of horrific pedophile monsters in its elected political caste! I’ll pay if it’s LESS than 2:1 Republican.

Let’s randomly pick ANY TEN Trumpian lies from his registered list of 30,000, about 20% of them under some degree of "oath" or accountable by law.

Can you name ONE fact-centered profession your cults isn't waging open war against? From science, teaching, journalism, law, medicine etc to those brave protectors you insult as "deep state"? Name one! Betcha can't.

Economics? Let’s sample some fact’s I’ll assemble: The job growth (measured for non-farm payrolls) under the Reagan administration averaged 168,000 per month, versus 216,000 for Carter, 55,000 for H.W. Bush, and 239,000 for Clinton… and NEGATIVE 100,000 for trump! Measuring the number of jobs created per month is limited for longer time periods as the population grows. To address this, we can measure annual job growth percentages, comparing the beginning and ending number of jobs during their time in office to determine an annual growth rate. Jobs grew by 2.0% annually under Reagan, versus 3.1% under Carter, 0.6% under H.W. Bush, and 2.4% under Clinton and NEGATIVE 3% under Trumnp! Yes, that sort of thing. Or let’s compare deficits, or red vs blue state rates of entrepreneurship, STDs, domestic violence, teen pregnancy, gambling and yes … abortion. Abortion goes DOWN under Democrats, you stunning-lying fool-hypocrites!

They caper and shriek and howl and writhe and jiggle about and curse and yowl... but they never stand still and stand up to settle it like men. Because they are teeny-balled Putin-servicers. Haters of every fact-centered profession. Oh, and traitors. That too.

One of my newest and rudest wager demands: I’ll bet the number of top Republicans who are proved or plausibly accused child molesters, pedophiles or seriously harmful; pervs is at least twice that of Democrats, and more likely more than 3:1. Here’s a link to a lit that’s actually much shorter than some I’ve seen:

The hypocrisy is overwhelming. A party which used to decry gambling as sin is now co-owned by Casino moguls. A party which decried divorce seems have nothing but, in its upper ranks. A party that has NEVER been fiscally responsible still fools fools into thinking that recited incantations can substitute for the real thing. Mind you, some divorces are needful and I am not a prude about gambling... (though the casinos are all evil.) It's the HYPOCRISY of lecturing us on how immoral Blue America is, when red states (except Utah) score worse in almost every category of turpitude and malgovernance.

Oh, and it is mostly blue states backing out of the insane War on Drugs.
https://old.reddit.com/r/news/comments/da96bi/army_officer_at_maralago_accessed_russian/f1od73c/

Republicans vs. Democrats. It's not conservatives vs. liberals, it's authoritarians vs. progressives.

January 10, 2019
It's Authoritarians (Royalty lovers - L'estate, c'est moi) vs. Progressives (All men are created equal) Republicans are more Authoritarian than Conservative. Conservatives want to pick an imaginary time in the past and declare it to be perfect. Authoritarians have a Father figure complex. Whatever the Father says is right. Anything else is immoral. [1]  So even though there is a streak of Conservatism in the Republican party, it's not really the basis of their morality. Their morality is handed to them by their Father, whatever he says is moral. To disagree with him is immoral. Pretty simple, easy for people who are too tired to think for themselves. In contrast, the moral authority of Democrats comes from their Progressive, American ideals. Progressives believe in the Declaration of Independence: Life Liberty and the Pursuit of Happiness All men are created equal The people agree on how they will be governed No Royal authority is accepted No one is above
Post a Comment
Read more