How to Estimate Anything From Nothing...

or How to be a Good System Engineer

This will be a discussion of how to estimate something from little or almost no information.
We call this making a Scientific Wild-Ass Guess or a SWAG.

I've been pretending to be a system engineer for a long time.  And I have to admit that I still have to go look up the average wait time in a queue or the Poisson distribution. Typically estimates are extensions of known data, the more data the better.  But what happens when you know hardly anything about the data that answers the question, because it doesn't exist?

The modern method of how to estimate something from no information at all is the classic paper: "Implications of the Copernican principle for our future prospects" by J. Richard Gott III [1]. Sounds innocuous, but is probably one of the best tools ever invented for doing system analysis when information is lacking. It's almost as important as Baye's theorem that allows one to adjust their estimates of a probability given new information.  With these two tricks you can make an estimation of almost anything, and correct it as you learn new information. Some might call that science, but it's more like 'practical science' or what most people call engineering.


How long will the Berlin Wall stand?

If you were standing beside the Berlin Wall when vacationing in Berlin, you might ask yourself that question.  But how could you predict something like that?  Go collect data about all the walls in all the cities in the world by type, size, lifetime and then use that data to predict how long the Berlin Wall will live by finding all the walls that are similar to it? That's a lot of work. But it will almost certainly give you a fairly accurate lifetime prediction for the Berlin Wall. We can make a SWAG without all that additional data, it will be more inaccurate, but maybe it's accurate enough for whatever other calculation you are doing.

Gott's Copernican theory goes like this: If I am at a random place and time and I observe something that is N years old, with a 95% confidence level I can say that it's extended lifetime will be between N/39 and 39N. 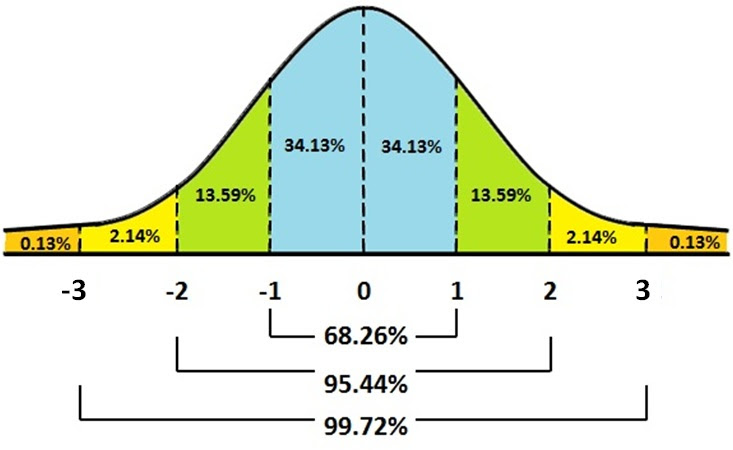 This is because if you are observing the lifetime of an object at random, you can be there at any time during its lifetime. This means that if you assume that lifetimes are randomly distributed and your appearance is random, half the time you will be in the last half of the object's lifetime and half the time you'll be in the object's first half of its lifetime. Continuing on, there's a 2.5% chance you'll be in the object's first 2.5% of its lifetime or 1/40th of its life. Double that for a 95% confidentiality limit, so 1/39th and then 39 times for the odds in the other direction.  For instance, Gott was a tourist in Germany in 1966.  He saw the Berlin wall.  He read a plaque that told him the wall was built in 1957. He then concluded that he was seeing the wall at a random time during its lifetime.  He wasn't there to see the wall, he just happened upon it. Since at that time the wall was 9 years old, with 95% confidence, he expect it to last another 9/39 years (12 weeks) to 39*9 years (351 years). It came down in 1984 after 27 years. He expected it to be there 1.5 years to 54 years 2/3rds of the time. Whats the most likely time to live? 50 % of the time it is between 3 and 18 years. The most likely time is 9 more years.[2]

See how easy it is! There's been many arguments about why exactly this formula actually works.  Its been tried on Broadway show run lengths and found to be accurate and I've read about it on the Internets, so it must be true. Let's use it to calculate something interesting: How long will the human race survive? (From [1]) The human race is a species. It's been around for about 200,000 years. You are alive today at some random time.  The human species, with a 95% probability will be around for another 200,000/39 years (6000 years) or 200,000*39 years (9,321,000 years.)  Hmm. Looks like not enough time to settle the galaxy, but it depends upon how fast you can travel. It doesn't say that we might not create some other species to settle the galaxy... but it seem unlikely that we could by ourselves. Seems like it's going to take killer robots to settle the galaxy or nothing.

Thanks for reading,
-Dr. Mike