Religion Without Lies: Is this even possible? 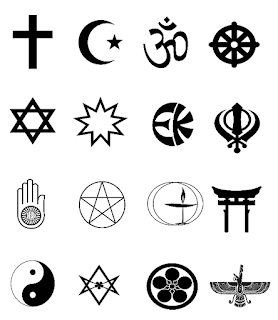 Definition of Religion: Oxford Dictionaries defines religion as the belief in and worship of a superhuman controlling power, especially a personal God or gods.
"Superhuman"? Nope. "A personal God?" Nope. Let's try again.
Religion – An organized collection of beliefs, cultural systems, and world views that relate humanity to an order of existence. Many religions have narratives, symbols, and sacred histories that are intended to explain the meaning of life and/or to explain the origin of life or the Universe. From their beliefs about the cosmos and human nature, people derive morality, ethics, religious laws or a preferred lifestyle. According to some estimates, there are roughly 4,200 religions in the world.
And are any of them made without lies? Not that I've found. It's time to change this. It's critical to change this because religion leads you in the wrong direction on many moral and ethical questions. Not only religion, but Evolution by Natural Descent also leads you in the wrong direction on many moral and ethical grounds.
As one of my favorite rational philosophers, Sam Harris, opines: "Muslims and Christians cannot disagree about the causes of cholera, for instance, because whatever their holy books might say about infectious disease, a genuine understanding of cholera has arrived from another quarter. Epidemiology trumps religion (or it should), especially when people are watching their children die. This is where our hope for a truly nonsectarian future lies: when things matter, people tend to want to understand what is actually going on in the world. Science (and rational discourse generally) delivers this understanding and offers a very frank appraisal of its current limitations; Religion fails on both counts."
We want a religion that doesn't fail when confronted with the truth.
I'm open to ideas.
Science plus the assumption that we are here to improve the well-being of conscious entities?
Or is this common sense idea too radical for all the fundamentalists and the other 4200 religions in the world?
It's really not about the tax breaks, Scientologists.
*Sigh*
Thanks for reading!
-Dr. Mike
6/12/21

December 26, 2019
Settle Space, Mars, moon, asteroids, the solar system. The first of the Ten Grand Technical Challenges of the 21st century TIme for some more blogging. One blog post on each of the TEN GRAND CHALLENGES of the 21st century. The things that make us proud to be a part of the human race. The things that we should be doing regardless of what else is true, the things that make life have meaning. Humanity will infect the galaxy; we already are. Humanity has a chance to make a real mark on the universe. If you look at what we've been throwing out into space for the last 50 years, it's obvious we have some innate need to expand into new environments. People have been in space almost continuously since 1971 (that'd be ~50 years) and I detailed the history of the technology in this post [1] about how technology changes things. We keep throwing robots out there as fast and as far as we can. They aren't yet killer robots (we keep those closer to ho
Post a Comment
Read more